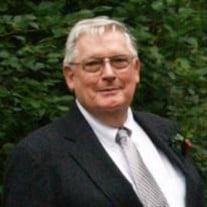 Robert Jose Fernandez (Bob), 84, a native Vermonter most recently of Pine Bush, NY, passed away on March 4, 2022. Bob was born in Randolph, Vermont on December 17, 1937. The eldest son of Jose Madrazo Fernandez from Santander, Spain and Mary Elvira (Fletcher) Fernandez from Brookfield, Vermont, Bob is survived by his daughter, Mary Jo Fernandez, and his brother William Fernandez and his wife Dona, and their children Corene and Christopher as well as his sister Maxine “Mickey” Rouelle’s children Wendy Welch & Eric Morse. Deborah Fernandez, his eldest daughter, predeceased Bob in 2021 and his sister, Mickey predeceased him in 2015. He played basketball for three years & was part of the Frosh Chorus at Spaulding High School. He played baseball in the Babe Ruth league his junior year. After graduating from Spaulding in 1956, Bob worked in the granite industry as a draftsman at Memorial Drafting Service as well as for Nativi & Son Granite in Barre, Vermont and eventually “went out on the road” as a salesman for Nativi & Son where his outgoing personality & general love of people made him a friend to everyone. He was “on the road” for Granit McCutcheon out of Stanstead, Quebec, Canada until 2021. Over the years, Bob created hundreds of unique designs for cemetery monuments. His friend & colleague, Joe Russell, said, “Bob could sit with a family and take their ideas, desires, “maybes” & “could yous” and marry them together into a beautiful, custom design for their loved one’s memorial stone.” His most popular design, the “Evans,” is still being regularly used. Bob was a member of the Barre Vermont Elks for 52 years. He was a huge Red Sox fan and rooted for the Patriots as long as they weren’t playing the Giants which was his life-long team. He was a hunter & fisherman, loved westerns & Star Trek and enjoyed a competitive game of Cribbage. He also loved to travel and went to Portugal & Spain with his parents and daughters in 1982, Acapulco, England & Scotland, the Caribbean, traveled extensively in the US & drove across country with his daughter, Mary Jo in 1996. He had many dogs in his life, but his Pomeranian, Hercules & his friend Cristina Winn’s Rottweiler, Ruby were his greatest loves. Visitation will take place at Dewitt-Martinez Funeral Home at 64 Center Street, Pine Bush, NY on Thursday, March 10, 2022 from 4pm to 7pm and there will be a gathering on Friday morning, March 11, 2022 at 9am also at Dewitt Martinez to share remembrances of Bob with the burial to follow. Bob had a concern for Native peoples, so in lieu of flowers, please consider making a generous donation in Bob’s name to Red Wind Councils, an organization that he supported, via PayPal by clicking on the Donate button on the website at www.redwindcouncils.org, through Venmo @RedWindCouncils (code 8109) or by sending a check to Red Wind Councils, PO Box 1064, Pepperell, MA 01463.

The family of Robert Fernandez created this Life Tributes page to make it easy to share your memories.

Send flowers to the Fernandez family.