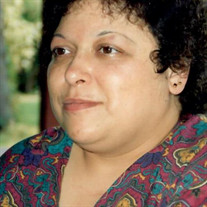 Letitia Mathiesen of Circleville, NY passed away Thursday evening, December 31st at Orange Regional Medical Center at the age of 73. She would have been 74 on January 29. She lived in the Middletown area her entire life. She had to retire early to take care of her predeceased husband Cliff Mathiesen of 40 years of marriage. Letitia and Cliff had the most solid marriage. They were always so happy just being together. She was so funny all the time and we all have wonderful memories. She had worked as a cafeteria food manager as well as a cook in the Pine Bush School District for 25 years. Letitia also volunteered at the Circleville Fire Company. There was also a time where she worked for Schmidt Sanitation for which Walter Schmidt (Cliff’s brother-in-law) had owned. Many family members worked for the company and we had so many good times and funny stories. Donna Young was one of Letitia’s best friends and was very close to her family too. She had also many other close friends and family members that she shared her amazing sense of humor. She is survived by two brothers, Anthony Spisso and Samuel Silverman, and one sister Theresa Feigum. She was also predeceased by one brother, Frank Spisso, and two sisters, Joan Firman and Maryann Conklin. Even though Letitia did not have any children of her own, she is survived by many nieces and nephews thru marriage. Douglas Miller and Joseph Firman from her sister Joan. Joanne Conklin from her sister Maryann. Tommy and Jeanne Spisso from her brother Frank. Sharen Beck and Karen Morgan from Letitia’s husband’s sister Noraleen Schmidt. There was also Kristy, Holly, Ashley, Raymond, and Ryan Mathiesen from her husband’s brother, Raymond Mathiesen. Letitia was also survived by great-great nieces and nephews including Heather and Anthony Miller, Halley Firman, Amanda and Jennifer Beck, and Brittany Morgan, mother of Jacob and Lucas, She will be missed by many but she is once again with her beloved husband for which she has been wanting to be with since he passed. Cremation was at the request of Letitia, and a sprinkling of her and Cliff’s ashes will be spread together on their yard in the Spring of 2021.

Letitia Mathiesen of Circleville, NY passed away Thursday evening, December 31st at Orange Regional Medical Center at the age of 73. She would have been 74 on January 29. She lived in the Middletown area her entire life. She had to retire... View Obituary & Service Information

The family of Letitia Mathiesen created this Life Tributes page to make it easy to share your memories.

Send flowers to the Mathiesen family.