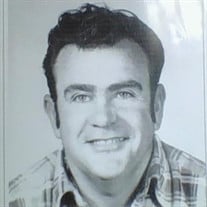 John Edward Miller, 85, of Middletown New York, passed away Tuesday, April 14th 2020 at ORMC Middletown, New York. He was 85. John was born in Middletown New York to the late Wilbur W Miller and late Edna Blanchette on June 3rd 1934. He was owner and operator of John E. Miller Interior & Exterior Painting of Middletown, New York for 50 + years. Prior to starting his own business he was proud of the time he worked for New York Ontario and Western Railway. He enjoyed traveling with his late wife and family. Taking annual trips to Florida and Jersey Shore to spend time with friends. He was a hardworking family man who took pride in his work and family. He was the widower of the late Beverly A Miller who predeceased him on June 3rd 2015. They were married for 61 years and she was the love of his life. He missed her every moment of everyday since her passing. He is survived by his son John Vincent Miller and his wife Tammie of Middletown, his daughters Sandra Lee and her husband James Zeszutek of Cornelius, NC and Betty Ann and her husband John Ludwigsen of Lincolaton, NC. John loved his 5 grandchildren John Patrick Zeszutek and his wife Tiffany of Lake Norman, NC, Autumn and her husband Dominic Pascal Sr of Port Jervis, NY , Kimberly and her husband Robert Reynolds of Glen Spey, NY, John and his wife Krystal Miller of Otisville, NY, and Tara Miller of Middletown, NY. Seeing his 6 great grandchildren Robert, Bella, Dominic, Ansley, Cole and Brooklyn would always bring a smile to his face. Due to the public health concerns of the Corona Virus (COVID-19), there will be no services at this time. On behalf of the family, thank you for your understanding and support during this difficult time. Arrangements are entrusted to Martinez-Morse Funeral Home. To send condolences please go to http://www.morsefuneralhome.com

The family of Mr. John E Miller created this Life Tributes page to make it easy to share your memories.

Send flowers to the Miller family.