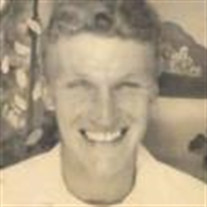 Harry Gros, 86, with his family by his side, went peacefully to be with his Lord on Monday, June 7, 2021 at his home. Harry was born December 14, 1934 in Prospect Park, NJ. He was the son of the late Jacob & Clara Gros. He was a graduate of Eastern Christian High School. He served in The United States Army from 1955-1957. He was a member of Goshen Christian Reformed Church where he served as a deacon, elder, catechism teacher and enjoyed participating with the Friendship Group. Harry was a dairy farmer in Pine Bush, NY along with his wife, Barbara. After retiring from farming he enjoyed driving school bus for special needs children. Harry is survived by his wife Barbara (Bakker) of 61 years; children: Jacob Gros and his wife Winnie of Pine Bush, NY, Louis Gros and his wife, Lynnette of Pine Bush, NY, Ann Hufcut and her husband Robert of Summitville, NY, Clara Persoon and her husband Hans of New Hampton, NY, David Gros and his wife Bobbi Jo of Middletown, NY, Betty Moser and her husband Stephen of Pine Bush, NY and Ronald Gros of Pine Bush, NY. He is survived by 17 grandchildren and 12 great-grandchildren; Daryl Gros & his fiancé Carolyn (Emerson), Kristie Nelson & her husband Anthony (Ryder, Colton & Willow), Janelle Menendez & her husband Daniel (Malia), Kevin Gros; Joyce Engelsen & her husband Ryan (Michael, Justin & Kyle), Julia Gros; Britanni Gaucher & her husband Justin (Harleigh, Jacob, Sadie & Wyatt), Kimberly Hufcut, Robert Hufcut & his fiancé Rebecca, Jacob Hufcut & his wife Alexis; Peter Persoon, Hank Persoon & Andrew Persoon; David Gros & John Gros; Stephen Moser & Taylor Moser. Harry was pre-deceased by his son, Robert (Bob) Gros and his sister Trina Veenstra. Viewing will be held on Thursday, June 10, 2021 at 10:30am followed by funeral services at 11 am at Goshen Christian Reformed Church, 2440 St. Rte. 17A, Goshen, NY, officiated by Reverend Samuel Sutter. Burial will be held at the Orange County Veterans Memorial Cemetery, Craigville Road, Goshen, NY. The family encourages on-line viewing at www.Goshen.Church/HarryGros. In lieu of flowers, memorial contributions may be made to: Goshen Christian Pre-School, 2430 State Rt. 17A, Goshen, NY 10924.

Harry Gros, 86, with his family by his side, went peacefully to be with his Lord on Monday, June 7, 2021 at his home. Harry was born December 14, 1934 in Prospect Park, NJ. He was the son of the late Jacob & Clara Gros. He was a graduate of... View Obituary & Service Information

The family of Harry Gros created this Life Tributes page to make it easy to share your memories.

Harry Gros, 86, with his family by his side, went peacefully...

Send flowers to the Gros family.