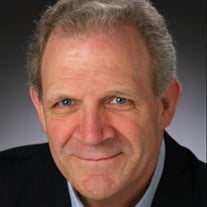 Edward (NMI) Moroney, 72 (the man, the myth, the New Yorker legend) decided to fulfill his lifelong dream of auditioning for the utmost esteemed and highly competitive heavenly choir, on Sunday, April 19, 2020. Since he has not returned, we are left to assume that he secured a seat in the tenor/baritone section, or has finally succumbed to his ever-comical lacking sense of direction, detouring indefinitely to the eternal cookie buffet- which just so happens to also serve as a nice landing spot for avoiding the upcoming presidential election. While we will miss him terribly as he explores his newest pursuits, we rejoice in an earthly life well lived- though the world has already become a quieter and an emptier place. Ed entered the world via St. Agnes Hospital (White Plains, NY) on December 14, 1947, and has now reunited in heaven with his father, Thomas Moroney; mother, Catherine (Sinnott) Moroney; and younger brothers, Kevin (Noreen) and Robert Moroney, as well as extended family and friends. He leaves behind those whom he has loved: his “three girls,” Kathleen, MaryCatherine, and Emily Moroney; his brothers, Thomas (Caroline), David (Donna), and Dennis (Mary) Moroney, and his sister Maureen Davis; as well as a full ensemble of nieces, nephews, great-nieces and great-nephews; and (not to be omitted), his fur-grandbabies (6). Since he never saw anyone as a stranger, to know Ed (Eddie, Mr. Moroney, Reverend, the singing- guy, or whatever name you knew him by) was to love and be loved by him. Even the deaf could hear his booming voice. When Ed walked, smiling, into a room, you were captivated; and when he left, his vivacious presence long remained, permeating the space with echoing laughter, love, and wit. Letting no limits, physical or distance-based, hold him back, Ed taught others what true, radical Christian hospitality is, sacrificing for friends and family with his servant’s heart: be it running the streets of Upper Manhattan while collecting groceries for his fellow apartment dwellers, having a friend purchase and deliver boxes of cookies to the medical personnel on his care unit, to intending to sew masks for the front-line emergency and hospital workers. His final and greatest gift came in the fulfilled request to donate his brain for the continued and critical research in a study in which he was participating for Traumatic Brain Injury. The epitome of a 21st century Renaissance man, Ed’s creative hands brought dreams to life via the sewing machine, stage, written page, and chainsaw. Curiosity, and his motto, “You’ll never know until you try,” served as the core of who Ed was, leading to many of his greatest adventures and contributions, such as serving as a golf caddy, a volunteer firefighter (Armonk Fire Department), garbage collector, pastor, missionary, emergency dispatcher, postal worker, teacher, equity recognized actor, or “the singing and dancing” substitute pre-school teacher- to name a few. Though talented and successful, he claimed his greatest accomplishment of all to be his two daughters, whom he loved and cherished without measure. A voracious reader and learner, Ed was graduated from Alexander Hamilton High School in Elmsford, NY, and accomplished becoming the first in his family to attend and be graduated from college: earning a bachelor’s degree in Religion from Nyack College; a master’s in Secondary Education: Social Studies from Columbia University; a master’s in Professional Ministry from the Alliance Theological Seminary; a master’s in Sociology and master’s in English as a Second Language (ESL) from the University of Cincinnati; and, a diploma in Mandarin Chinese from the Taiwan Language Institute, becoming fluent and accomplished in conversation, teaching, and preaching in Mandarin. He often joked about competing with his daughters for a doctoral degree, soon realizing he would only be competing with himself. While there will be no viewing, as his family refuses to honor his request to be propped in the corner of the room next to the piano, as to appear natural to “his adoring public,” we will be celebrating his life when the world is safe again to do so, with many of Ed’s favorites: family, friends, plentiful food, laughter, stories, music, and his beloved cookies. All who remember Ed are asked to celebrate his life in their own way. Instead of flowers, we hope that you will do an unexpected and unsolicited act of kindness for someone in his name or donate in his honor to the Friedman Brain Institute of Mt. Sinai Hospital, New York (http:giving.mountsinai.org. Be certain to designate your gift to the Friedman Brain Institute). Our beloved Dad, Ed, Eddie: We dearly miss you, but we do not mourn as those without hope of eternity together.

Edward (NMI) Moroney, 72 (the man, the myth, the New Yorker legend) decided to fulfill his lifelong dream of auditioning for the utmost esteemed and highly competitive heavenly choir, on Sunday, April 19, 2020. Since he has not returned, we... View Obituary & Service Information

The family of Edward Moroney created this Life Tributes page to make it easy to share your memories.

Send flowers to the Moroney family.