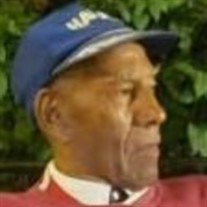 Diosmedes Esteban Toledano passed away abruptly at 91 on April 10, 2022. Born one of seven to Joaquin Toledano and Juana Cala Toledano on September 02, 1930 in Oriente de Santiago de Cuba, Diosmedes lived a rough early life but always cared about his family. As a child he worked closely with his father, a baker, and played in the Cuban baseball league. After finding the love of his life, Norma Esther de la Candelaría Vergara Toledano, he married her on December 27th, 1959 in his hometown and started making his own family. Hoping for a better future, he worked in a sugar cane camp for several years waiting for permission to leave the country. With the sponsorship of his sister-in-law, Diosmedes was able to come to America with his wife and daughters in June of 1968. Entering from Miami and coming to Manhattan, he eventually settled in the Bronx with his wife and daughters. Diosmedes, or Nino to his loved ones, was a man great with his hands with few complaints. He was the vanguard of his home, enduring whatever life threw at him with dignity and a silent tenacity. He worked as a maintenance worker and made sacrifices so his children could have the opportunities he never did. Despite shouldering so many burdens Diosmedes still found time to be in the home, working on his white Chevy station wagon, cooking pork shoulders or oxtails, and teaching his girls how to ride bikes. In his golden years, after seeing off his children and grandchildren into the world, he sought to see it with himself. Nino and Ester, as he affectionately referred to his wife Norma, made their way across America, to Hawaii, Canada, and even Spain. In the final phase of his life Diosmedes couldn’t contain his wistful desire to return to his home of Cuba. Any conversation with him would entail stories about his mom, his brothers, his childhood neighborhood, and many other things he left but never abandoned. Diomedes is remembered fondly as a booming man who loved westerns and The Mets. He loved sports almost as much as he loved coffee, always Bustelo, and a good burger. Diosmedes never stopped moving, gardening, walking, and tinkering until his very last day. Strong and affable, protective and principled, stoic yet caring. Diosmedes’ signature chuckle will resound in the hearts of everyone who had the pleasure of knowing a man forever in his prime. He is survived by his two daughters (Luisa Torres and Norayama Toledano-George), six grandchildren (Anwar George, Akil George, Aisha Torres, Tiana Torres, Valerie Sanchez, Nicole Sanchez), two great-grandchildren (Nyomi Henry and Laila Henry), and two son-in-laws (Dudley George and August Torres). A celebration of Diosmedes life and legacy will be held on Tuesday, April 18, 2022, 4pm-7pm at Joseph A Lucchese Funeral Home, 726 Morris Park, Ave., Bronx, NY 10462

The family of Diosmedes Toledano created this Life Tributes page to make it easy to share your memories.

Diosmedes Esteban Toledano passed away abruptly at 91 on April...

Send flowers to the Toledano family.